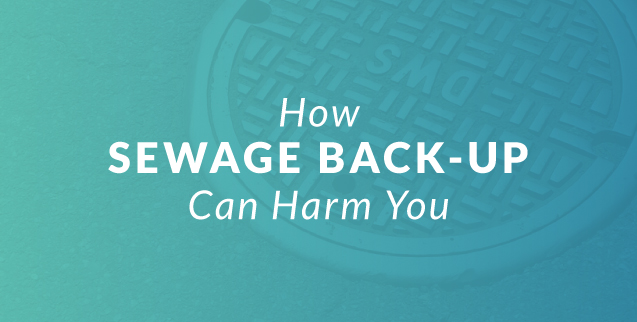 Sewage backing up into a home or office can happen to anyone at any time. Many things can cause a sewage backup, from a pipe clogging to a flood overfilling a local sewer system. A sewage loss can seem like a relatively easy cleanup to tackle alone, but it should not be handled by anyone other than specialists. Below we discuss what dangers sewage can pose if not handled with extreme care. 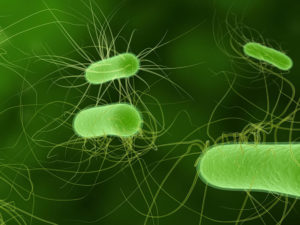 To begin, we explain exactly what sewage is. Primarily, sewage is contaminated water containing waste of any type. Sewage can be a mixture of waste from both household and industrial sources. The waste can contain anything as harmless as soap to more harmful things such as human or industrial waste. Sharing the same space as sewage, for any duration of time, often means coming in contact with many harmful bacteria and diseases.

One of the more dangerous bacteria you can come in contact with in sewage backup is E. coli, also known as Escherichia coli. Normally found within the digressive tracts of humans and harmless when in that system, E. coli is extremely harmful outside of the intestines. According to the CDC, E. coli is one of the most common contaminants found in sewage. Coming into contact with E. coli can lead to cramping, vomiting, severe diarrhea, and dehydration.

By being in contact with sewage you could also be exposed to the hepatitis A virus. Hepatitis A is an infection that is not only highly contagious but also directly affects your liver. The typical symptoms of hepatitis A are jaundice, or yellowing of the skin, and an inflamed liver.

Sewage contamination should be considered extremely dangerous. It has the ability to make not only whomever comes into direct contact with it very sick, but also anyone else with whom the exposed comes into contact, as there are many highly contagious bacteria and viruses commonly found in sewage.

Diseases in Sewage are Easily Spread

One of the most common ways for bacteria from sewage backup to enter your body is through hand-to-mouth contact. Coming in contact with bacteria can be as easy as not properly cleaning your hands after touching sewage and then eating or drinking. Many may think of cleaning their hands before eating or drinking, but smoking a cigarette or cigar when your hands are not properly cleaned is also an extremely easy way to be infected by bacteria and diseases.

The second most common way to be infected by bacteria is through skin contact. This could be forgetting about a cut on your leg and exposing that cut to sewage. A disease present in sewage may even spread quicker when given an easy entry to your body such as an unhealed cut. No matter how careful you may be when cleaning, you run the risk of infection when cleaning sewage yourself. 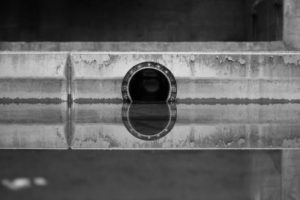 Not only is coming into physical contact with raw sewage a threat, but sewage can also contaminate the air around you. Sewage backup lets off air-borne contaminants along with the physical contaminants. Inhaling the vapors emitted by raw sewage can lead to gastroenteritis, which is commonly associated with fever, vomiting, cramping, and potentially death if left untreated.

A more common health concern associated with air-borne contamination caused by sewage is asthma. As sewage can release toxins or even infected dust, the risk for breathing in the toxins is very high. Once inhaled, the toxins can attack your upper respiratory system, causing asthma-like symptoms and shortness of breath. These fumes are often released into the air during the cleaning process, which is why it is especially important to hire a specialist and professional.

A sewage loss can be an exceptionally dangerous situation. Due to the sensitive nature of cleaning up a sewage loss, it is a much safer choice to leave the cleanup and restoration to the professionals. At CLEAR Restoration we are well informed of the dangers and health risks that a sewage backup can present, and we work to make your home or office safe again for occupancy.